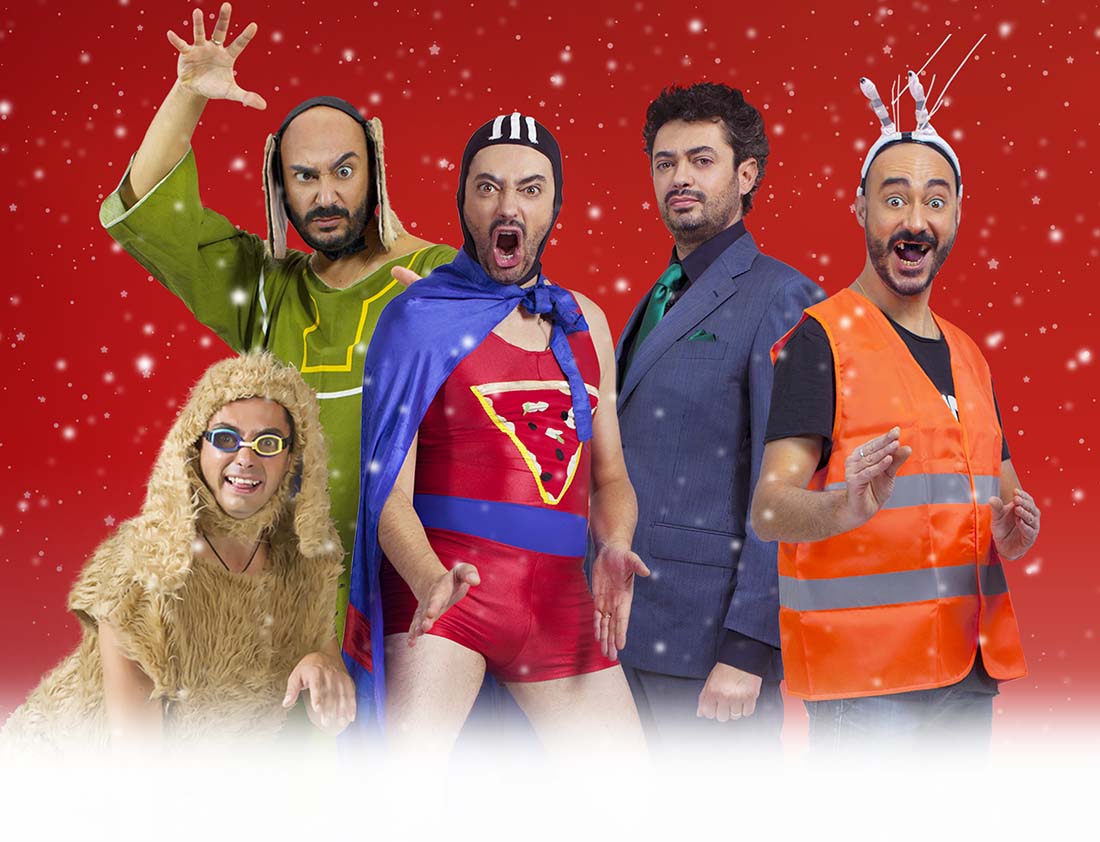 The Santa Maria La Palma winery has launched a communication campaign to stop sharing ugly and impersonal Christmas messages, involving a team of national actors and comedians: Pino and the Anticorpi, PanPers and Bianchi e Pulci, all italian actors and comedians.

The Santa Maria La Palma Winery has launched a national campaign to address a problem felt by all: the ugly and impersonal messages sent and received during the Christmas holidays.

To counter this phenomenon, the Sardinian company has partnered with national-level comedians: Bianchi and Pulci, comic duo by Alessandro Bianchi and Michelangelo Pulci, known for their appearances at Ciro, Quelli che il Calcio, Colorado and Colorado Cafè; the Panpers, comic duo formed by Andrea Pisani and Luca Peracino, fixed presence of Colorado and YouTube star (almost 1 million followers), who also involved the Sicilian actor Nicola Virdis in the project; Pino and the Anticorpi, Sardinian comic duo, currently composed of the Sassari brothers Michele and Stefano Manca, known nationally for their participation in Colorado and Sanremo 2016.

Bianchi e Pulci will be the protagonists of a series of four videos that will announce the #BastaMessagginiBrutti campaign. The first video presents a great popular protest told by an unlikely correspondent, the journalist Gino Messa (Michelangelo Pulci). The video was shot in Sassari, in front of the Palazzo della Provincia, recalling the curiosity of many people, who carefully watched the operations of the video and asked for autographs and photos of the participating comedians.

The video is already available on the Facebook page and on the YouTube channel of the Cantina Santa Maria La Palma. By December 21st all the videos (recorded and made in Sardinia) will be published that will tell the evolution of the protest, to which will be added further videos of the most popular characters played by Bianchi and Pulci and other comedians involved, from Panpers to Pino and the Anticorpi.

All the videos will be visible and available on the website www.spumanteakenta.it, the fulcrum of the campaign: the site is developed as an app and allows you to send via WhatsApp the video messages interpreted by the comedians to be personalized with the name of the person to whom they are direct, providing a useful tool to solve the problem of messenger chains all the same and impersonal.

The campaign project is by Alberto Deiana from Sassari, creative director of the Quom3 agency, who imagined, directed and orchestrated the entire campaign. The videos have been produced, recorded, directed and edited by the Sassari director Alberto Salvucci – known for having signed nationally successful videos in the music sector – and have engaged a team of Sardinian professionals and collaborators, engaged in a national cutting project; the website that tells about the initiative and allows it to interact was created by the Alghero agency Web Project.

The videos of the campaign will in fact be diffused throughout Italy, to invite as many people as possible to avoid sending ugly, impersonal and repetitive messages during the Christmas holidays, preferring more heartfelt, original and personalized greetings.